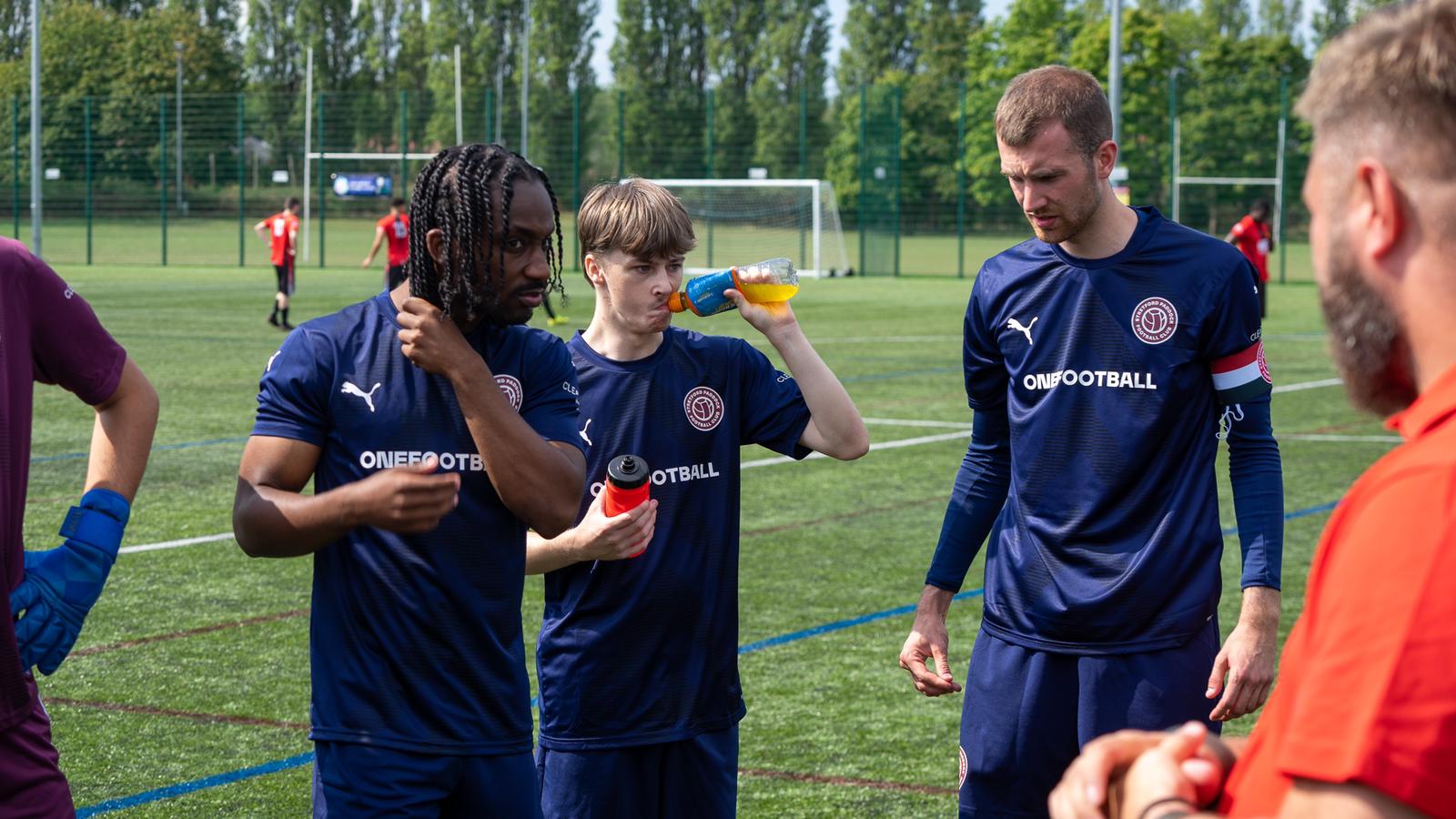 Following a tough 3-2 victory over Hartford last Saturday, Stretford Paddock will be confident heading into this weekend’s game. We take on Moore United for the first time this season, but it’ll be in the cup. For the second week, Paddock will be without the gaffer, Stephen Howson, meaning his players will have to give 110% to progress into the next round.

Moore United, a team we’ve not yet faced this season, play in the same division as Paddock; Division 2 of the Cheshire Football League. They find themselves three points below Stretford Paddock in 8th place with 19 points, whereas Howson’s men sit in 5th.

This weekend’s opponents have been in patchy form thus far, winning just two out of their last five league games. Their last two games however, have ended in two back-to-back victories against West Dids and Chorlton Reserves, who sit in 14th place in the table. They have conceded a whopping nine goals in their last five games, but with the help of star man Kane Hacket – they have scored six in their last two.

Kane Hackett is certainly the man to watch out for. In 11 appearances for Moore United, he’s grabbed five goals and seven assists. A tally of 12 G/A in 11 league games makes Hackett a clear danger man – one that Paddock will need to stop

The game will be the opening round of the J A Walton Challenge Cup which involves all teams from the Cheshire Football League – from League 1 and League 2 groups. It’s Paddock’s first time in the competition whereas Moore United were knocked out in the first-round last year. The winner will progress to the second round, then the quarter final and so on and so forth.

Both sides are similarly matched in the league, so there is a good chance this will be a good test for the boys.

With near enough identical league records, after the same number of games, the game is set to be a close one. Paddock have been in better form however, losing just one in their last seven, which bodes well for the fixture.

Good news for Paddock is that Jainero Salmon-Harris is set to be available for the fixture after recovering from a concussion. Ironically, this will give Bill a headache over his midfield selection for the game.

Salmon-Harris is a midfield player who offers calmness and quality to the Paddock midfield. After injuries, suspensions and work commitments all caused damaged Paddock’s midfield in recent weeks, the possible return of Salmon-Harris is nothing but positive.

While one midfielder has returned, Dom Molloy will still be missing for our cup game as he is still recovering from his injury sustained against Heyside.

Paddock will also be without forward, Ronaldo Brown, for one more week but fortunately, new first team addition – Abdullah Saeed (AB) will be able to step in after scoring in his last game.