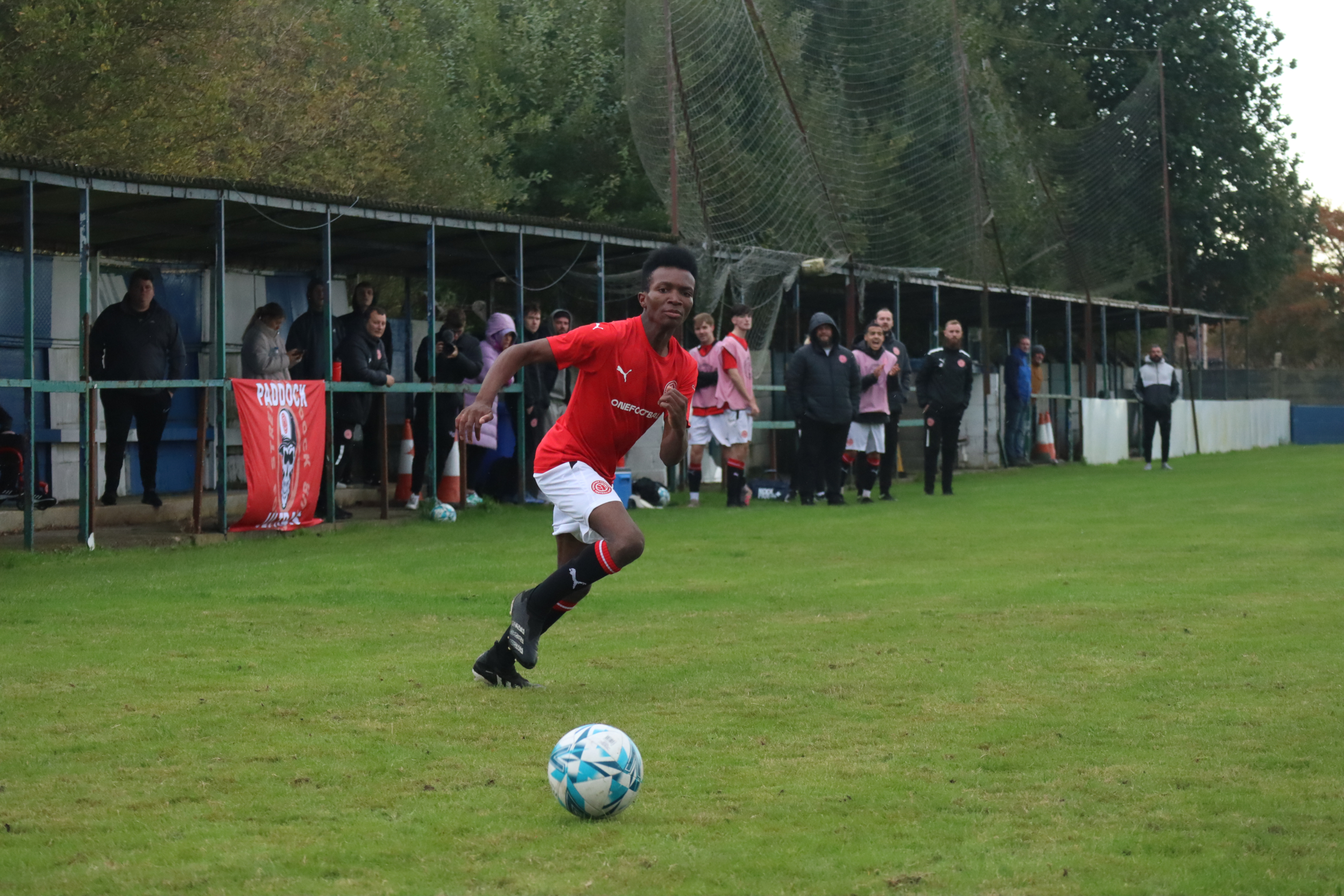 On a day where the home side wanted revenge, a Michael Burke free-kick and another brace from Kieron Molloy were enough to secure Stretford Paddock 3 valuable points against Newton-le-Willows.

The Willows started brightly by putting lumps of pressure on the home side’s defence. After a dominant first 5 minutes, Newton-le-Willows put themselves ahead after a quickly taken shot was deflected past Paddock’s keeper, Dan McKenna.

Unlike in the reverse fixture between both sides, Paddock responded. 3 minutes after going 1 behind, the man in form, Kieron Molloy, found himself with the ball in his favourite wide position. In classic ‘Kieron’ style, Molloy knocked the ball past his defender, before beating him for pace. All that was left for Molloy was to slot the ball over the keeper to level things up.

The goal gave Paddock even more confidence and after a spell of control, they nearly made it 2. Some good footwork from Paddock striker, Tom Jones, meant he was able to get a shot on goal. The shot was heading off target but helped goal-wards by Molloy. Newton’s keeper pulled out a fantastic save to stop the home side from taking the lead.

Just before the break, the domineering Paddock inevitably took the lead. A free-kick from the edge of the box was hit sweetly up and over the wall from Burke. Despite getting hands on the ball, the pace on the strike meant Newton’s keeper was unable to stop ball hitting the back of the net. 2-1 Paddock.

Shortly into the second half, things got worse for the visitors after ‘stone-wall’ Newton penalty was not awarded. A following comment aimed at the referee from The Willows’ captain was punished with a straight red card.

Being a man up, Paddock dominated the second half by keeping the ball more than they did in the first. In the 58th minute, Molloy got his second. Callum Kilroe played a looping pass from the half way line which was elegantly chested down by Molloy. Despite heading away from goal, he then volleyed the ball home to get Paddock’s third in true style.

There wasn’t much more action until the closing stages. Newton managed to score a consolation goal in the 90th minute however, 2 minutes before, they were reduced the 9 men. Paddock and Newton received a red card each after an off the ball heated exchange after a foul.