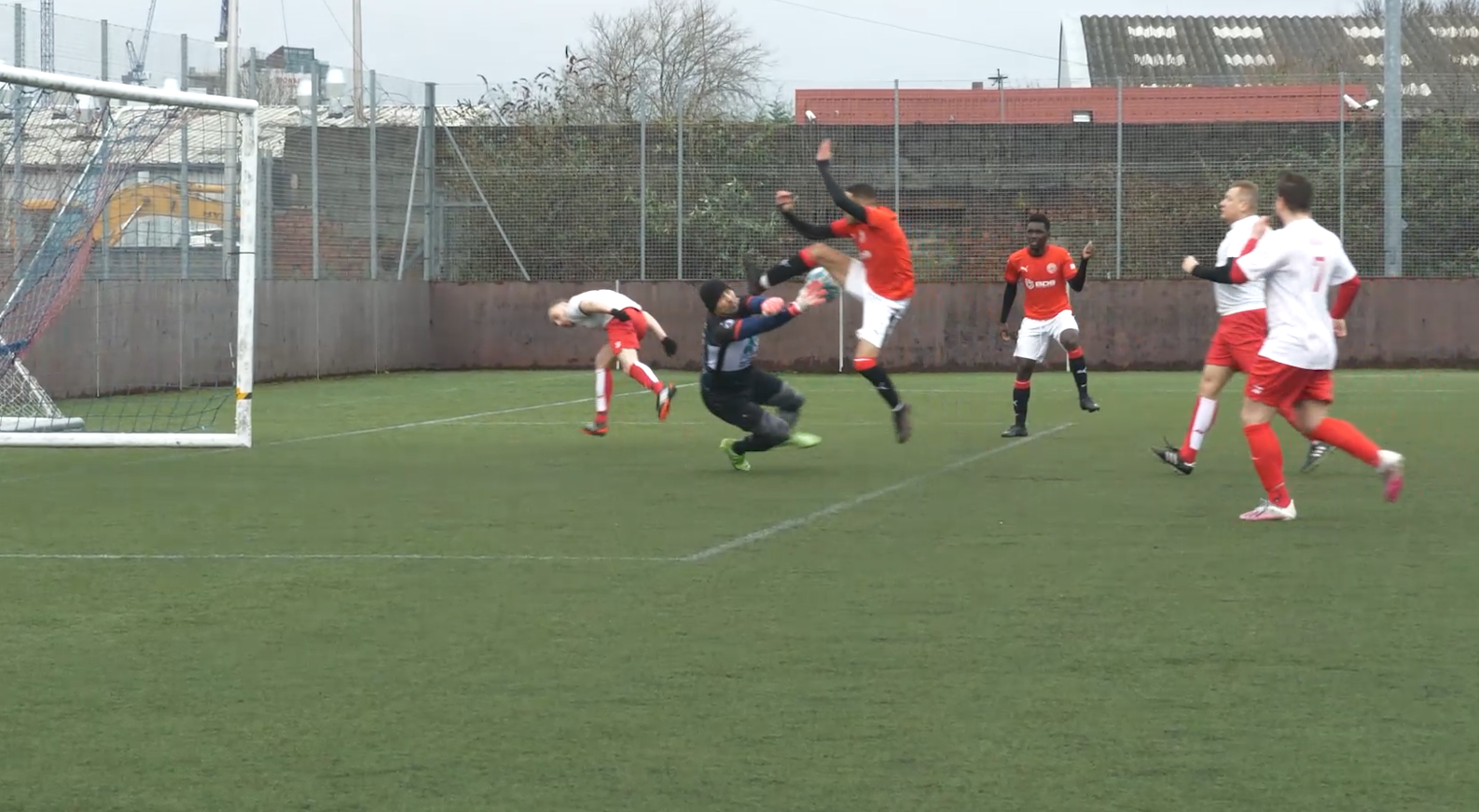 Stretford Paddock were again victorious as they defeated Manchester Polonia 2-0 on the weekend. They continued to keep up their title-winning pace with just three league games left in the season. Paddock still sits atop the tree with 37 points, three points ahead of De La Salle, who successfully kept up the chase with an impressive 7-3 victory against North Walkden on the weekend, as it looks to be almost certain that the title race will go down to the wire. With the goal difference heavily favouring De La Salle, Howson’s men are still relying on the team from Salford slipping up before season end.

It was once again a lacklustre and underwhelming performance from Paddock, who left it very late, which has often been the case this season. Manchester Polonia made their intentions clear from the beginning of the game: damage limitation. They set up deep, looked to soak up pressure and be difficult to break down. It took a header from Will Hobson to break the deadlock late in the game after an inviting corner from Kieron Molloy, a goal that never felt like it was going to come as Paddock’s season hung in the balance. It went on to be a set-piece clinic from Paddock. It was two goals from two set-pieces on the day that were the difference as Abdullah Saeed marked his first goal for the club wonderfully as he lofted a glorious one-touch volley over the head of the oncoming keeper. As it looks like the goal of the month for February will be one of the very best so far, but most importantly, it was 3 points for Paddock, which was nothing less than required.

Stretford Paddock take a break next week from league action again as they play Old Stretfordians in the Rhodes Cup before the clash of the titans a week later against Moston Brook, as from here on out, every game for Howson’s men is a cup final.