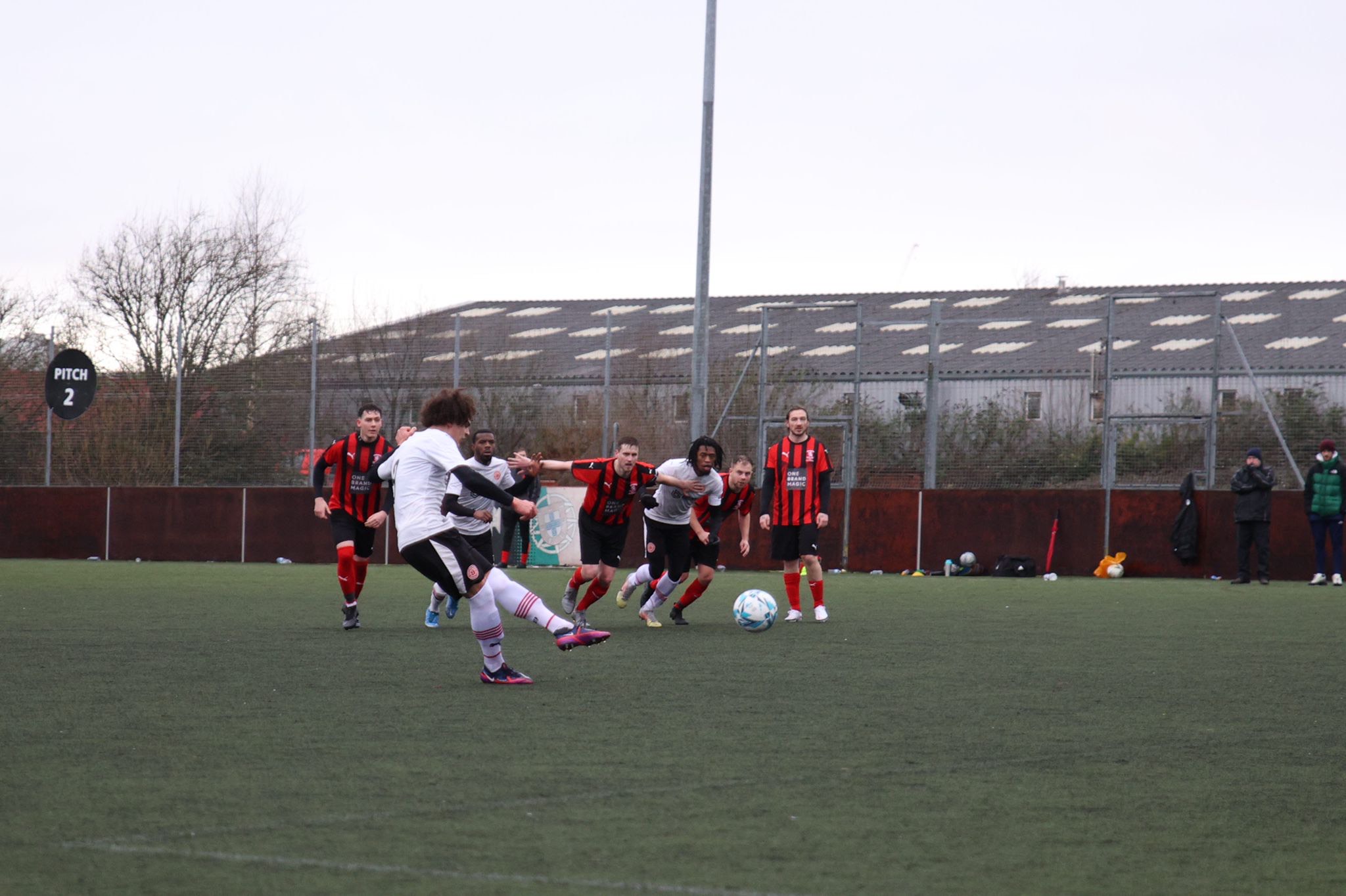 Stretford Paddock ran riot on the weekend, dismantling Old Stretfordians 9-1 this weekend to progress to the semi-finals of the Rhodes Cup, to aid Paddock’s pursuit of silverware this season. This victory was Stretford Paddock’s biggest margin of victory in their short history and one of the most impressive performances ever. Seven of the nine goals came in a ruthless second-half display, representing the difference in fitness between the two sides. Setting up Paddock for a potential collision course with fellow top of the league rivals De La Salle in a highly anticipated semi-final clash.

Paddock had several different scorers on the day, but the story was Kieron Molloy, who continues to blaze up the all-time scoring charts with a brace, taking him level with Paddock all-time goal scorer Josh Smith with14 goals. A record he has a chance to break this coming weekend against Moston Brook. Tom Jones also returned to the lineup after a long injury layoff with a goal and assist off the bench, further strengthening this Paddock side for the final few weeks of the season. Bouba Jenkins also notched himself a brace as the midfielder continues his red hot form in front of goal. This victory was the fifth victory in a row for Stretford Paddock.

Postgame, Howson described how delighted he was with the performance of his side and the ruthlessness they showed, something he has often been critical of this season.

However, attention now turns to the huge league clash next week against Moston Brook, where nothing but a victory will do in the toughest league game remaining this season, and we’ll have all the build-up to the game later on in the week.