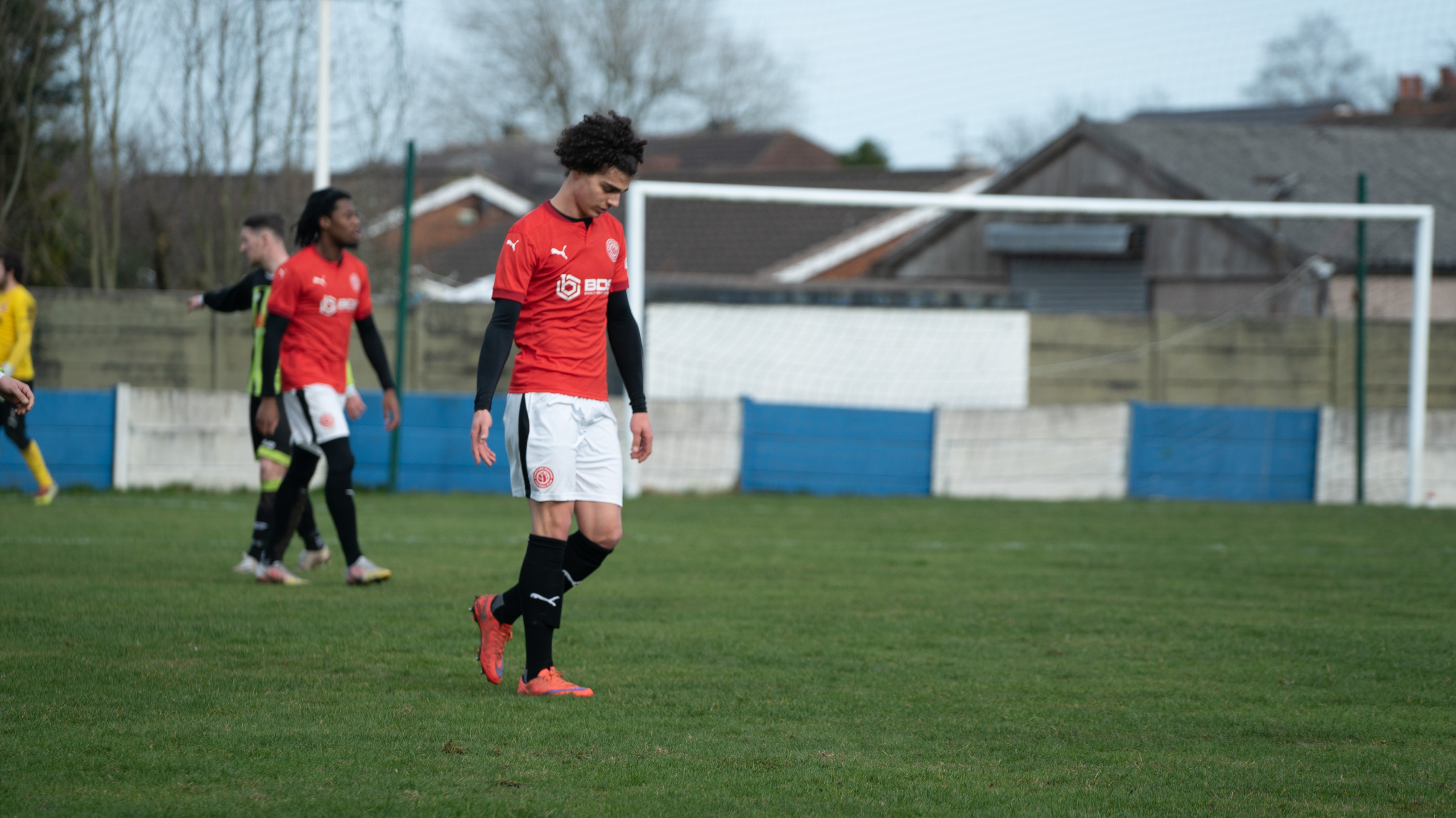 Stretford Paddock’s title hopes come crashing down as they are beaten comfortably 3-1 at home to Moston Brook FC. It was a must-win game for the reds but they came up short, all but securing a 3rd place position having had the title in their sights. Stretford Paddock have now failed to beat title-chasing rivals Moston Brook and De La Salle in six appearances against the sides, losing four of them and drawing the other two – it’s the failure to win when it mattered most against who it mattered most that has been the undoing of Paddock’s season, sending them to a likely rightful third-place finish.

Stretford Paddock started the game on their heels and were 2-0 in under five minutes, giving them a mountain to climb against the sturdiest defence in the league. After a hellacious start from the visitors the game settled down, and the game continued to lack any real quality on a difficult surface, making it increasingly difficult for Paddock to get back into the game. Instead, it was Moston Brook who then came closest to extending their lead with a well-directed header hitting the inside of the post before being scrambled away to safety.

The second half was very much the same, in what became a very scrappy and low-quality game. However, Paddock were able to knick a goal back courtesy of Bouba Jenkins with a tap-in from close range after a strike from Cam Watters. Giving Howson’s men a glimmer of hope, but the lads were unable to capitalise or gain any momentum as Moston Brook extended their lead late on from a moment of brilliance, it was an exquisite touch and finish from their forward, all but sealing Paddock’s fate and putting the game to bed.

Paddock’s only hope at silverware for the rest of the season will be the Rhode’s cup where the lads will be hoping they can learn from the loss and use it to fuel them to potential cup glory.