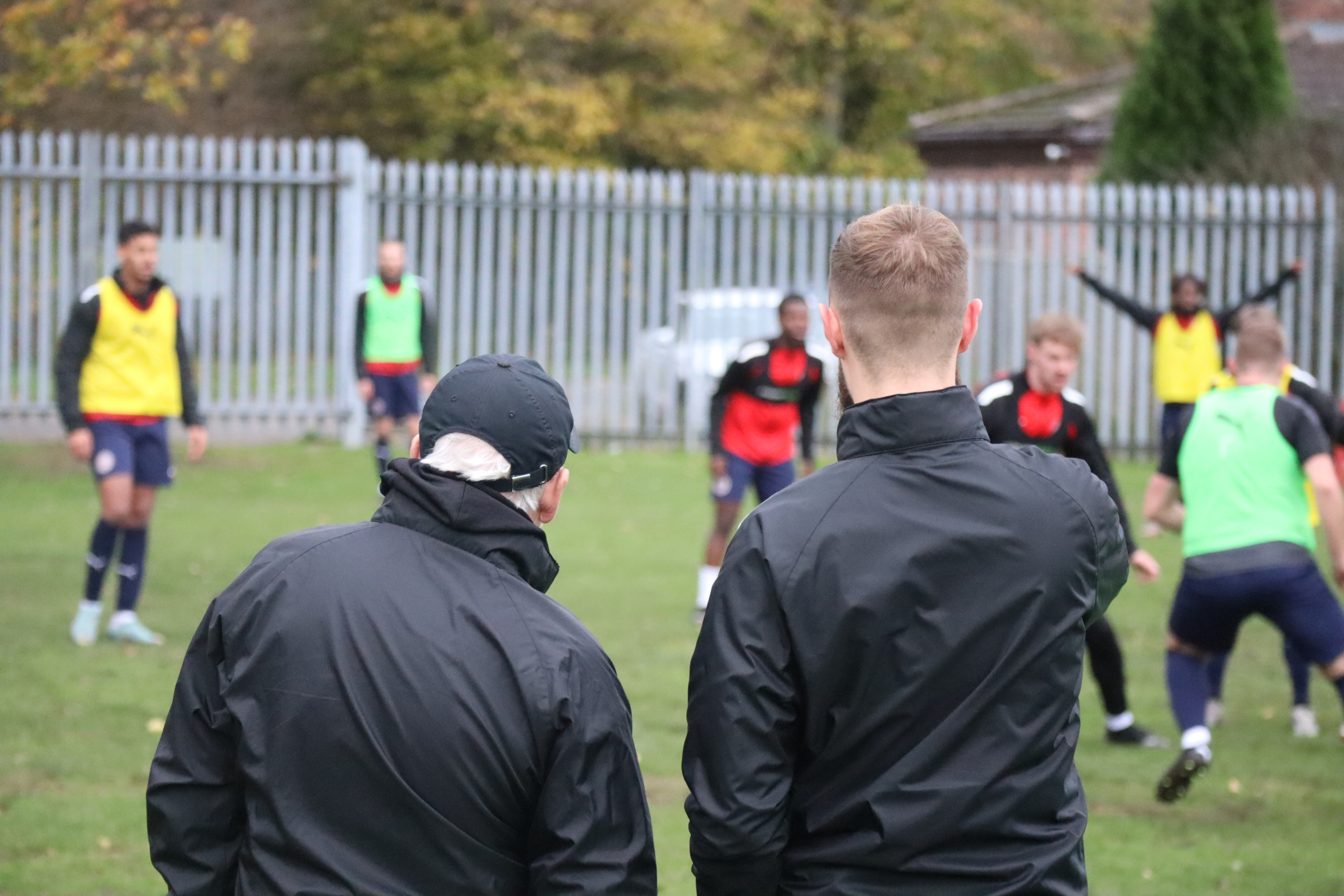 This week saw Paddocks U21’s take on Hartford U21’s in what proved to be a closer affair than the score line presented.

The game was evenly poised going into the latter stages of the first half and then, madness began to unfold – 3 goals in the space of 8 minutes to be precise! Hartford netted twice and then, a great cross into the box via Toby Schwab found the unmarked Marcel Kinsi who slotted home right on half time.

The second half started at a fast pace with both teams netting again, thanks to Sean Colbert. He made the game 3-2 going into the last 35 minutes.

A mistake from the Paddock keeper meant that Hartford went 4-2 up however, a great cross in from Tiago Baço was met by Alan Kay who managed to score on consecutive days this weekend. Kay had now scored for Paddock’s Development side and U21’s, making the scoreline on the day 4-3.

Paddock, pressing for an equaliser, then fell short as a breakaway goal was scored by our opponents to seal our fate as we came out on the wrong end of a 5-3 loss.

It was certainly Paddock’s best performance in the month of November and it’s definitely something to build upon. We play Hartford away in a couple of weeks where we are confident we can return the favour.

Stretford Paddock started the game with relentless work focusing in particular on diamonds and triangles in their build up phase. Paddock played some of their best football this season with free flowing 1 and 2 touch passing.

The excellent, Charles Frapwell scored a long range effort and had the opportunity to put Paddock 2 up after forcing a great save from the South Manchester goalkeeper from another sweeping move.

In the 2nd half, South Manchester 1st’s seemed to be more up for it and attacked Paddock relentlessly. Paddock kept to their defensive principles and shape to frustrate the opposition. Unfortunately for Paddock, the home side’s pressure eventually paid off with South Manchester socirng 2 goals in relatively quick succession. Paddock equalised with minutes remaining and Alan Kay’s goal sealed Paddock their first point of the season.

Our Devs face Moston Brook on Saturday where they will look to get even more points on the board.

Last weekend, Stretford Paddock Amateurs were hoping to turn recent improvements into some points on the board. Milton 1st’s were this weeks opposition.

They were faced however, with an uphill battle straight from the start as they played the match with 10 players due to some late changes in circumstances for players due to be involved.

While trying to adjust to playing with a player less, the opposition capitalised and scored an early goal. Paddock responded well however and worked tirelessly to keep out Milton, reducing them mostly to balls into wide areas and dealing with crosses into the box.

The team managed to break forward a few times and thought they had earned a penalty when Richie Adjei was tripped up in the box with the score still 1-0. The referee waved play on.

Despite their best efforts, the Amateurs conceded two more goals before half time. The first of these was an excellent shot from distance flying into the top corner while the second was a quick shot off a loose ball following an initial block.

Paddock started the second half positively, holding their shape well and forcing mistakes out of the opposition. As knocks and fatigue crept in though, Paddock started to concede more chances requiring some last ditch tackles and excellent saves by keeper Victor Gimenez. Vic was given plenty of praise from the opposition. Milton would go on to score two more goals during the second half, making the score 5-0 at full-time.

A disappointing outcome for Paddock that overshadows a committed performance over 90 minutes.

Match preparation was again challenging with traffic chaos forcing changes to the starting line up against Moore United in the Cup.

The messages were clear though and a positive front foot approach saw a swift exchange with Paddock going close early on. An immediate response from the home side however, saw them go in front when we failed to clear a hopeful ball into our box. Moore United clinically capitalised on Paddock’s failed clearance. 1-0 to Moore United.

Following the early set-back, Paddock equalised smartly following an attack down the right hand side with Tom Jones supplying a terrific ball to the far post. Joao De Andrade was in the right place at the right time to knock the ball into the back of the net.

Stretford Paddock really looked assured and were able to make several tactical changes which continued to creating an array of chances. Paddock however, failed to convert any of them, the best of which was from Abdullah Saeed who received the ball on the half way line. He took on the whole of Moore United’s defence only to see his effort hit the post and come back out.

Moore United equalised on the 69th minute converting excellently from a free kick. Yet, within minutes, Paddock were back in front with Nosa Iyamu converting a penalty award with aplomb, sending the goalkeeper the wrong way.

Paddock head into the next round of the J A Walton Challenge Cup!